From the desk of Sutherland House president and publisher Ken Whyte…

I have a recurring dream about books. It takes three forms. In the first, I am walking up a sidewalk towards a large house on the bank of the North Saskatchewan River in Edmonton, where I grew up. It is evening. The house, wide and deep and several stories high, is owned by the family of a friend.

Sometimes I enter through the front door, other times through the back. The house is empty and parts of it are under construction. I wander from room to room and up staircases until I find myself on the third floor. By means that are never clear to me, I pass through two-by-four studs in a half-built section of the house and find a great furnished room full of comfortable leather chairs and books.

I walk to one of the shelves and start pulling books out at random. Every book I pull is either on a subject I want to read about or a new (or unknown) title by a favorite author. Elated, I keep pulling books until I realize that the whole wall contains nothing but literary treasures, at least to my taste. Then I wake up. 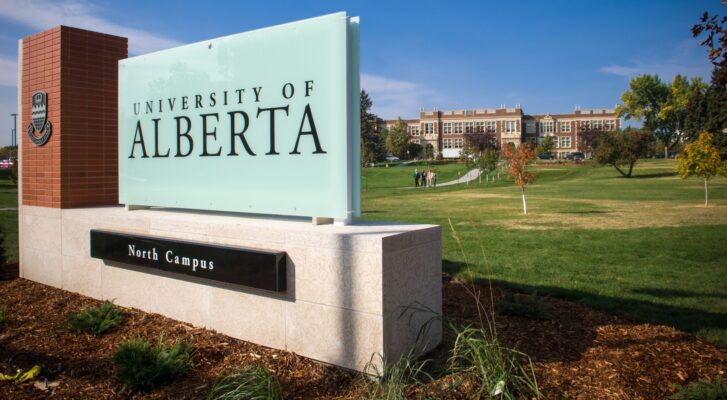 In another version of this dream, I walk into a second-hand bookstore in the Varscona district of Edmonton, near the University of Alberta. It’s a rainy night and the store is open late. I browse the shelves in the crowded main-floor area and, finding nothing, head to the second floor. There, too, I come up empty and I’m beginning to feel frustrated until I somehow find a passage to a stairway to a third-floor that I did not know existed. I am the only one on the third floor. I start pulling books on a large shelf and, again, every one of them is a winner.

The third version of this dream takes place in daytime in a large public building with a lot of white walls and windows and bright lights. It seems to be part convention center, part shopping mall. I walk across great open expanses and ride on long escalators until I find myself on the second floor of a high-end department store, in the midst of a frantic men’s wear sale with nothing in my size.

I somehow wander out of that department, through several others until I find myself on the third floor in a books department that looks like it’s been designed by Jony Ive. Beautiful round tables of carefully curated books, none of which I want to read. I keep looking until I get to the back of the store and find an alcove off to the right-hand side, empty of people, with two walls of books. I start pulling, and you know the ending.

Matthew Walker’s recent bestseller Why We Sleep: Unlocking the Power of Sleep and Dreams, gives Freud credit for locating the source of dreams in our brains (as opposed to our stomachs or our souls or the gods) but otherwise trashes everything the author of The Interpretation of Dreams (1900) had to say about their purpose and meaning.

The magic of magnetic resonance imaging has allowed scientists to pinpoint which parts of the brain are active, and which aren’t, while we dream. This is accomplished with enough specificity to determine that our visual, motor, emotional, and autobiographical memory centers are open and operating as we dream, while our capacities for ordered, logical thought are sensibly sleeping. (The MRIs are accurate enough to determine whether you are dreaming about a car or a book or a woman or flowers, although not sufficiently detailed, as yet, to reveal which car or book or woman.)

Nothing in brain science supports the theory that dreams are expressions of unconscious wishes and repressed desires: rather, it has been determined that they are heavily affected by the emotional content of our recent waking lives. If you are worried about something during the day, chances are you’ll be dreaming about it at night. The relationship is relatively unambiguous. Not much call for interpretation.

The first function of dreams, writes Walker, is to aid our emotional and mental health. By dreaming, we process the often unpleasant experiences of our days in a nighttime brain-chemical bath that allows us to retain memories of important experiences while washing away the “visceral, painful emotional charges” that accompanied the experiences. Dreams are a form of natural therapy without which we’d all be walking around in states of constant anxiety reliving every hurtful or stressful memory as though it had just happened. Sleep and dreams are thus crucial to the regulation of our emotions, as anyone who has endured a long period of sleeplessness can attest.

The second function of dreams is a kind of information processing that inspires creativity and promotes problem solving. People who sleep and dream are better at finding their way out of mazes than those who don’t or, as John Steinbeck liked to say, “a problem difficult at night is resolved in the morning after the committee of sleep has worked on it.”

Your brain has a way of drawing on all of its resources to restructure the information in your head in useful, often creative ways. It took me many years of writing to appreciate that several hours of futile effort to solve a difficult problem of logic or organization were better followed by a good night’s sleep (or a couple of good nights’ sleep) than several more hours of grinding effort. Not surprisingly, Thomas Edison (above) figured out how to industrialize this aspect of human nature:

Edison would allegedly position a chair with armrests at the side of his study desk, on top of which he would place a pad of paper and a pen. Then he would take a metal saucepan and turn it upside down, carefully positioning it on the floor directly below the right-side armrest of the chair. If that were not strange enough, he would pick up two or three steel ball bearings in his right hand. Finally, Edison would settle himself down into the chair, right hand supported by the armrest, grasping the ball bearings. Only then would Edison ease back and allow sleep to consume him whole. At the moment he began to dream, his muscle tone would relax and he would release the ball bearings, which would crash on the saucepan below, waking him up. He would then write down all of the creative ideas that were flooding his dreaming mind.”

It goes without saying that a sleepless and dreamless mind is about as ineffective at problem solving as it is at processing emotions.

Walker’s book is fascinating on every dimension of sleep and will likely leave you so worried about how much you’re getting that you’ll begin dreaming about it. What it won’t tell you is why you’re dreaming about finding walls of books you are keen to read in hidden rooms on the third floors of different buildings. I still feel my book dream must reflect either a search for concealed information or a desire for communion with certain kinds of minds, or a latent talent for real estate valuation, or cat burglary. It’s nice that the dream is somehow helping to process my emotions and learnings. Somehow it’s just not enough.